Rosefield Watches grew into an internationally celebrated jewelry and watch brand, with ten Shopify webshops in - among other countries - Canada, the US, and Australia. Code and Rosefield have been working on rosefieldwatches.com since 2019. 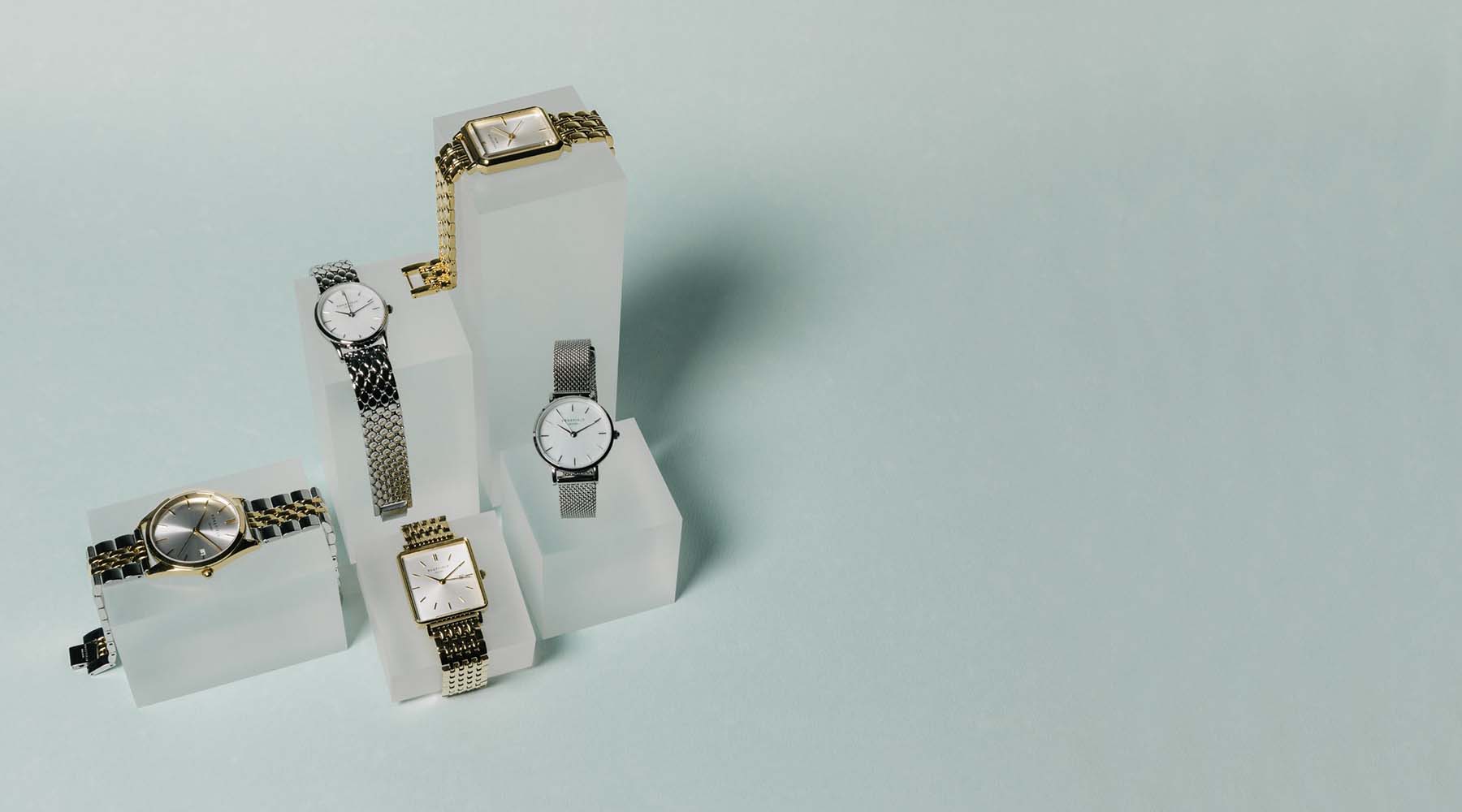 One could argue that, pre-replatforming to Shopify Plus, Rosefield Watches fell victim to its own success. In the very first hour after launching the platform, the webshop crashed because the servers couldn't handle the enormous amounts of traffic. This was the kick-off for a series of unfortunate events, which eventually culminated in the hours-long crash on Black Friday 2018 that cost the company significant revenues on the most important day of the year. This was the straw that broke founder Christiaan Bekker's back and caused him to start looking for alternatives to Magento.

Migrating to a new e-commerce platform is a huge and costly undertaking and is often found at the bottom of e-commerce entrepreneurs' list of favorite things to do. Still, we're convinced that sometimes it's your best bet. That's why we wrote a blog on when and why you should consider migrating. In this blog, you'll find four reasons for replatforming. In a second blog within the same series, we list the five most important benefits of having a Shopify webshop. 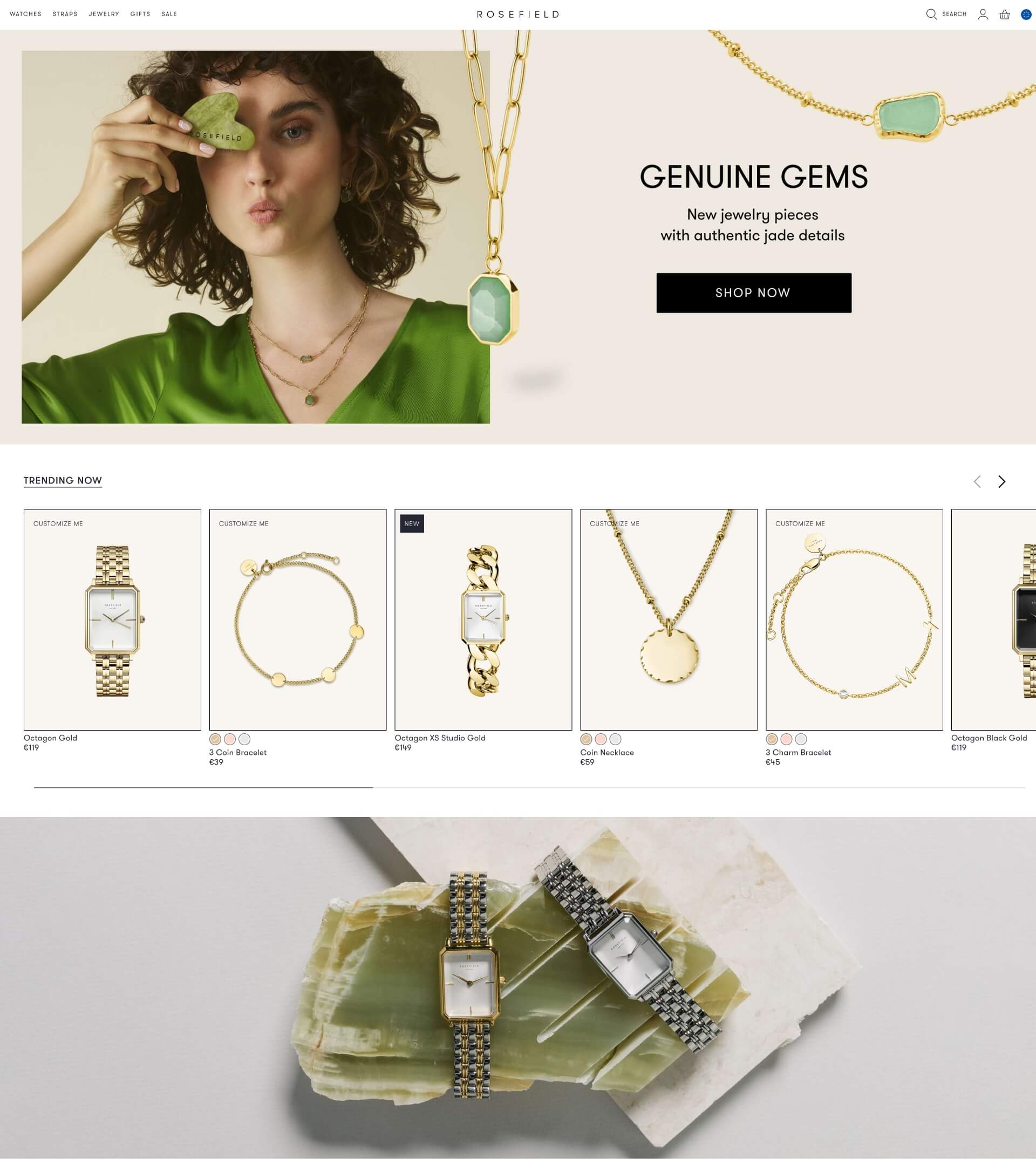 The webshop launch is only the beginning

Many people think that an e-commerce agency's work is done after the development and launch of - in our case - a new Shopify webshop. But they're wrong. Our teams shine equally bright after the launch of your Shopify webshop. The continuous development of your webshop is paramount to staying ahead of the competition. Rosefield is a fine example of how we stayed involved after launch to continue the platform's development, adding new features, and making the dreams of their customers come true. Now, Rosefield can focus on expanding its brand, and taking over the international jewelry and watch business, instead of worrying about downtime and server space.

The secret to a long-lasting collaboration

Three and a half years of close collaboration, one upgrade to Shopify 2.0, four configurators, and many countries - these are our Rosefield numbers and we're working on adding more as we speak. If it were up to us, we would continue building beautiful shops for this awesome brand until the end of time! The secret to a long-lasting and successful collaboration? According to our lead front-end developer, Melvin Jansen, it has a lot to do with Code's open corporate culture, "which allows both the customer and the developer to say whatever is on their minds. Because of this, we have developed a trusting relationship, which is the foundation for every great relationship we have with our customers."

The multi-store setup for international growth

the path of the least resistance, i.e. simply translating your webshop. No, you have to use every asset at your disposal to localize your customer experience.

We have extensive experience with setting up international webshops that are built for growth. We advised Rosefield to go with a multi-store setup in Shopify, so that the team could localize things like design, content, and apps for their most important markets. You're probably thinking, "But that means that I have to manage multiple storefronts. That's a lot of work!" True, it is. But a localized customer experience will pay off big in the long run. With this multi-store setup, Rosefield now has shops in Australia, Canada, the US, the UK, and Germany, among other countries. 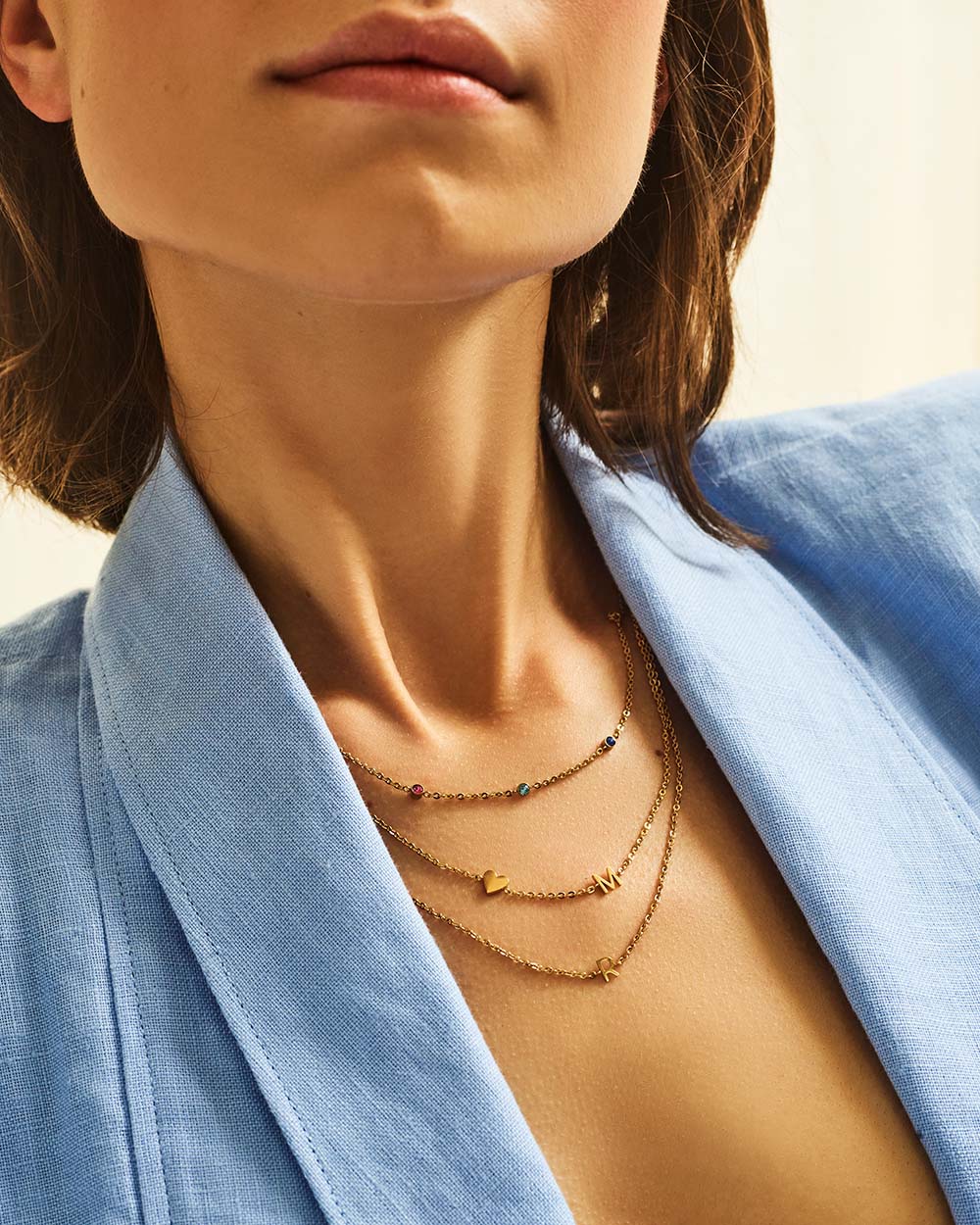 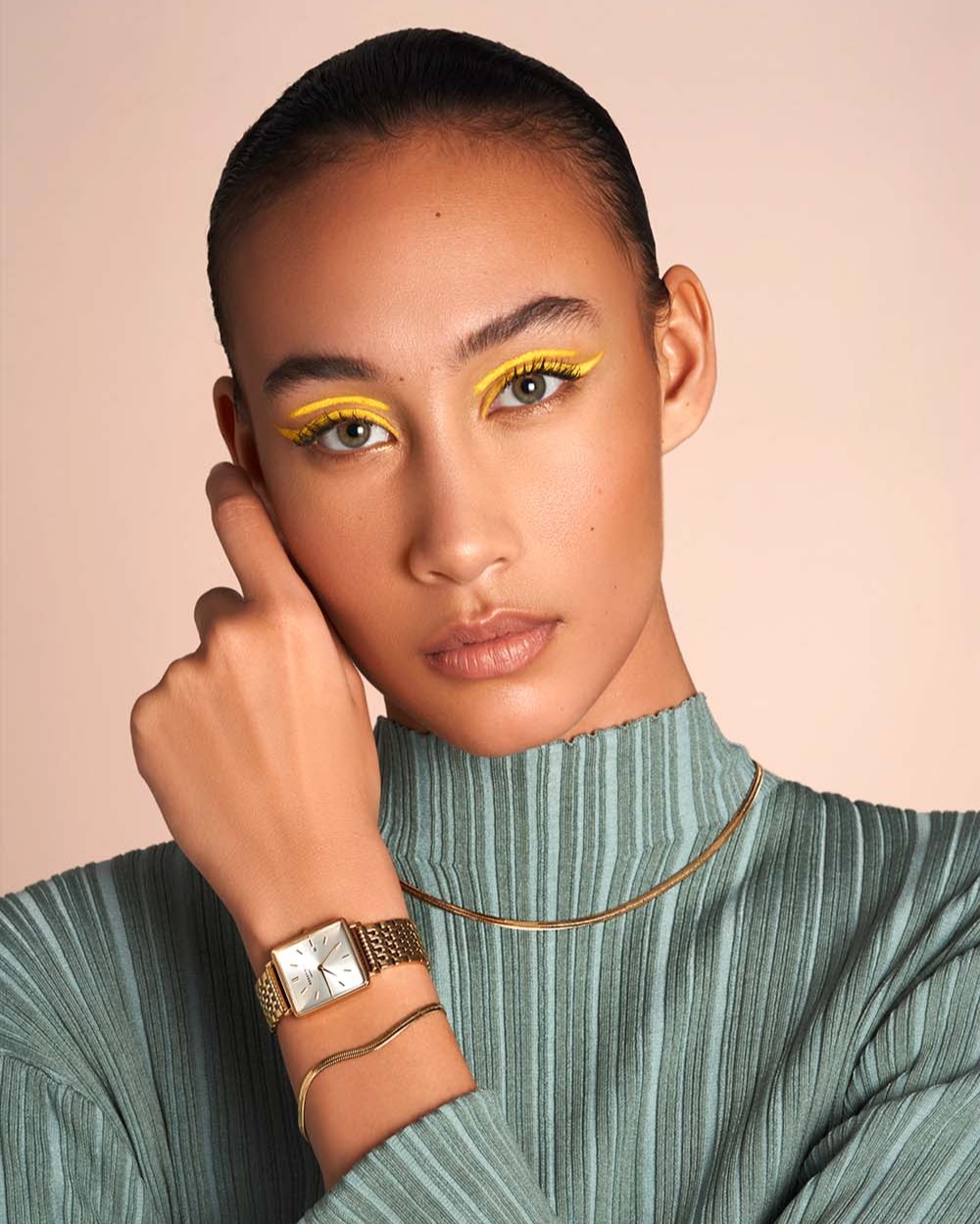 Over here at Code, we love a technical challenge and Rosefield is one of our favorite examples to illustrate this. Rosefield offers a service that's quite unique in their field: they offer customers the option to design their own jewelry on their webshop.

We built a successful custom configurator tool for Veloretti before, so we figured if we could do it for bikes, we could also do it for jewelry. "Well, if we have to simplify a very complicated technical feat, you could say that it's images that overlap," says Melvin.

"Of course, there's much more to it." After rigorous testing with Jquery and metafields, we built a tool that customers can use to view in real-time what their piece of jewelry is going to look like and with which they can drop it in their shopping cart with the mere click of a button. With a cool feature like this, it's no surprise that Rosefield sells most of its jewelry this way - the conversion of people using the configurator is insane. 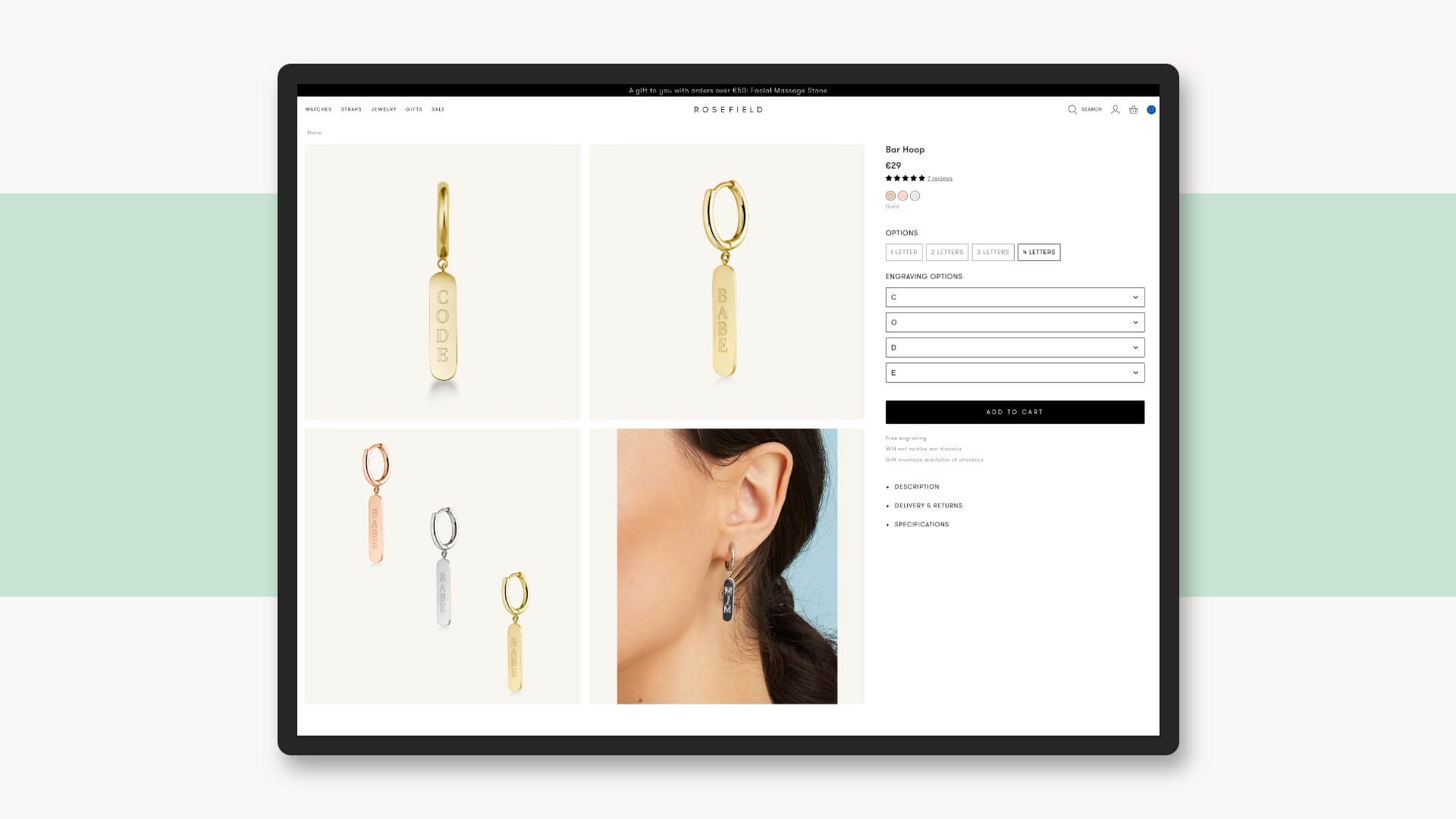 Rosefield Watches has a clear goal and a multi-year plan to accomplish it: in addition to the ten countries in which Rosefield is active now, they want to expand further to North America, among others. Besides this, we're also working on the different configurations. We have a plan to develop a single all-in-one configurator in which customers can combine different products, such as charms, stones, and inscriptions. A huge and complex project, but that's what we're good at and what makes us tick. Stay tuned!

Are you looking to migrate?

It's clear that replatforming from Magento to Shopify Plus was highly lucrative for Rosefield. Are you considering migrating to Shopify Plus, as well? Then you can read more about how Code handles migration projects here. Would you rather discuss things personally? Fill out our contact form and we'll contact you within twenty-four hours. Talk soon! 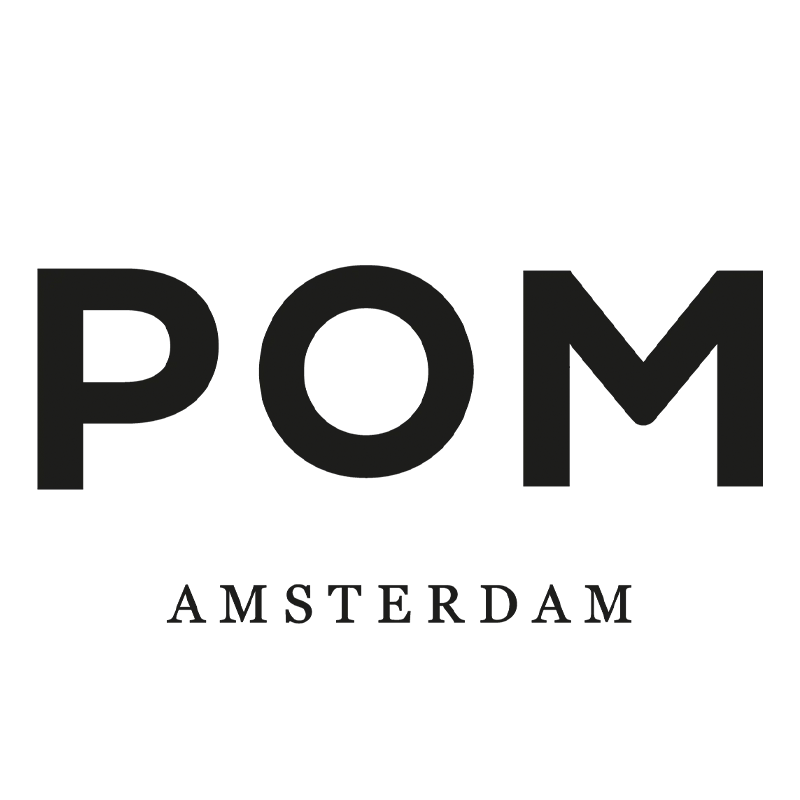 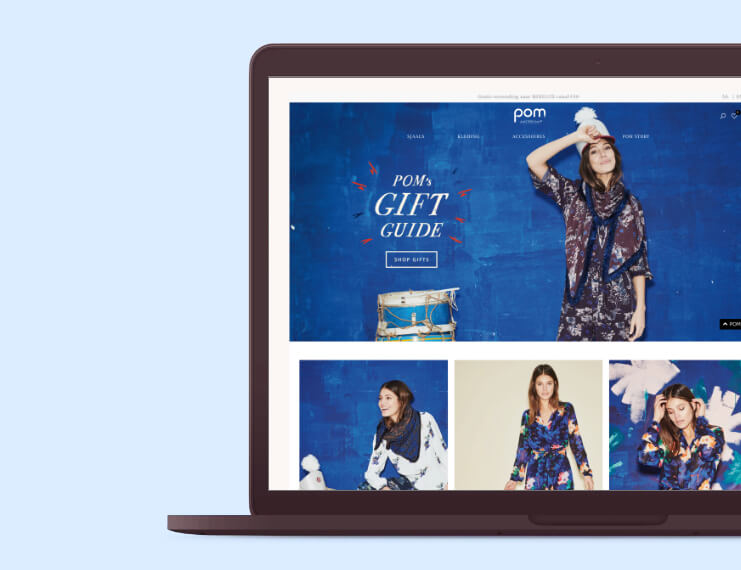