DISCLAIMER: this blog has some awfully nerdy passages. Thought we’d warn you. The good news: if you understand those from beginning to end, and you’re also a team player, you are warmly invited to apply for a job with us! 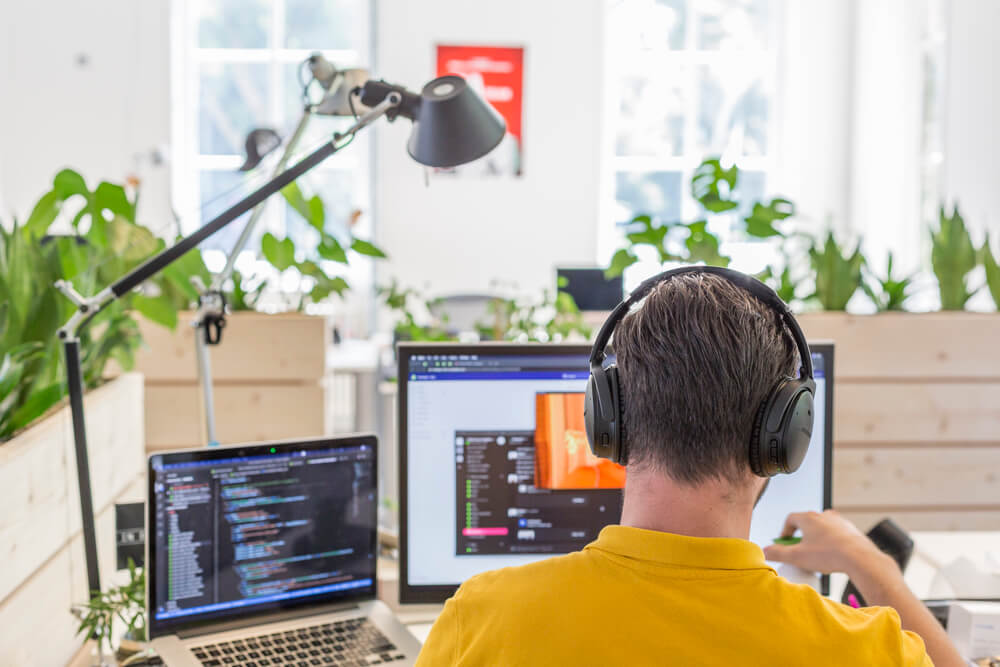 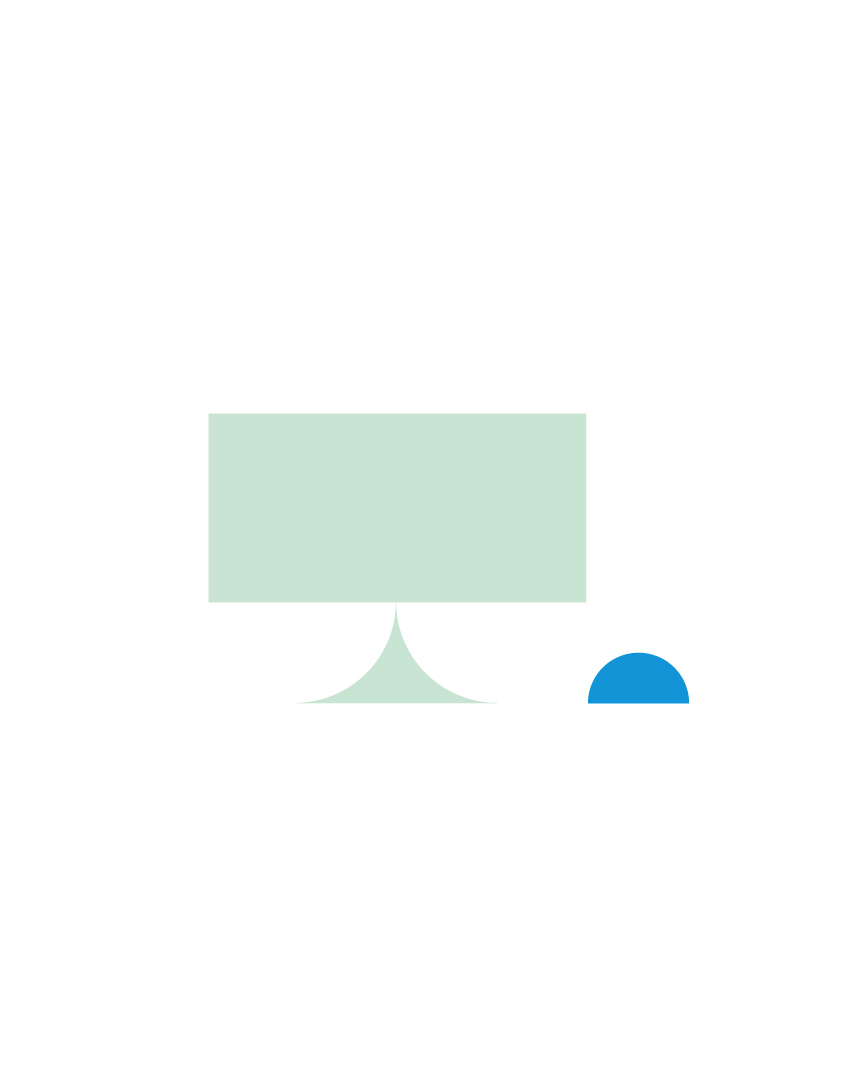 A few weeks ago we wrote a blog in which Bianca and Mark explained what our frontenders do. This time we had a chat with backenders Wouter, Patrick and Martin: like the frontenders they are interested in new colleagues, and they have a very specific search profile.

“Yes, that’s correct!” confirms Wouter Monkhorst, partner en CEO at Code. “For the backend jobs we can’t hire juniors, we really want people with experience. In terms of technology we’re looking for people who can work with easily scalable, modular architectures: microservices, not monoliths. And personality-wise we’re looking for social nerds. No archetypical withdrawn backender who’s always convinced he’s right and works himself into a my-language-is-better cramp every ten minutes. At Code we have no room for mucking about on little islands of knowledge. We collaborate.”

So that. If you tick off those two boxes, we’re curious to see your programming skills! Code has big plans for the future, and we could use a few ambitious backenders for that. “We want to become the European BOLD. That’s a big, fast growing Canadian agency building Shopify apps. They focus on the American market, so they’re only available at American hours. And they don’t do much with typically European problems: all those different languages, shipping services, banks, paying systems that European webshops have to deal with, for instance.” 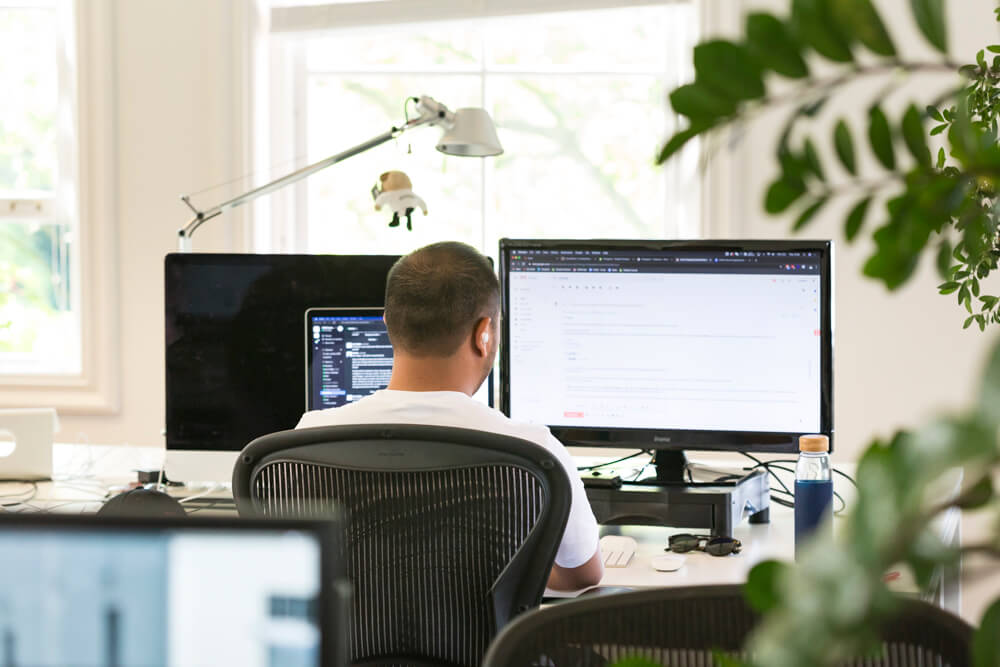 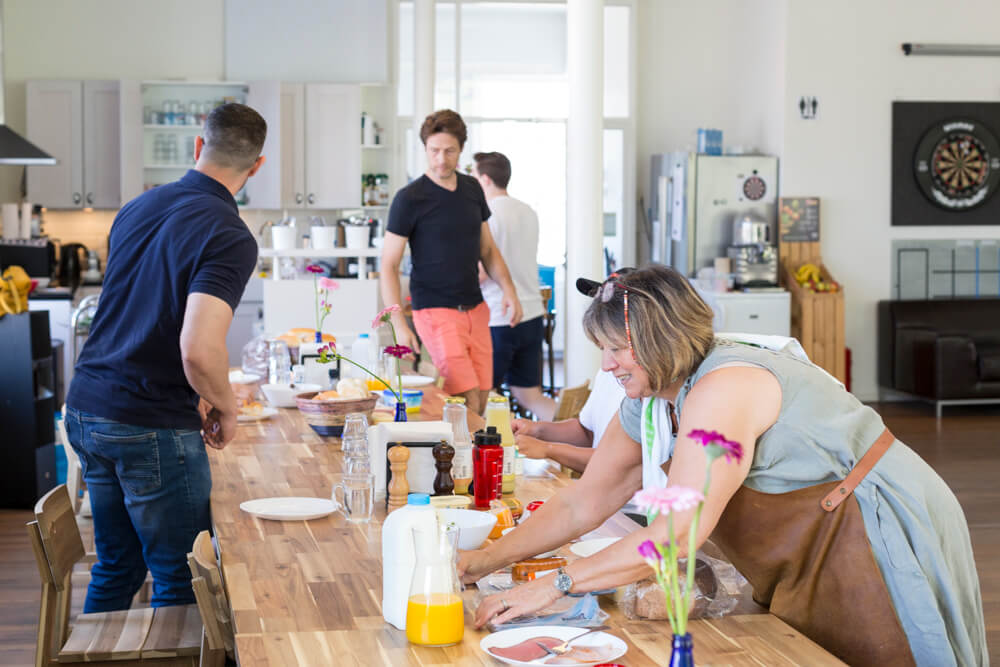 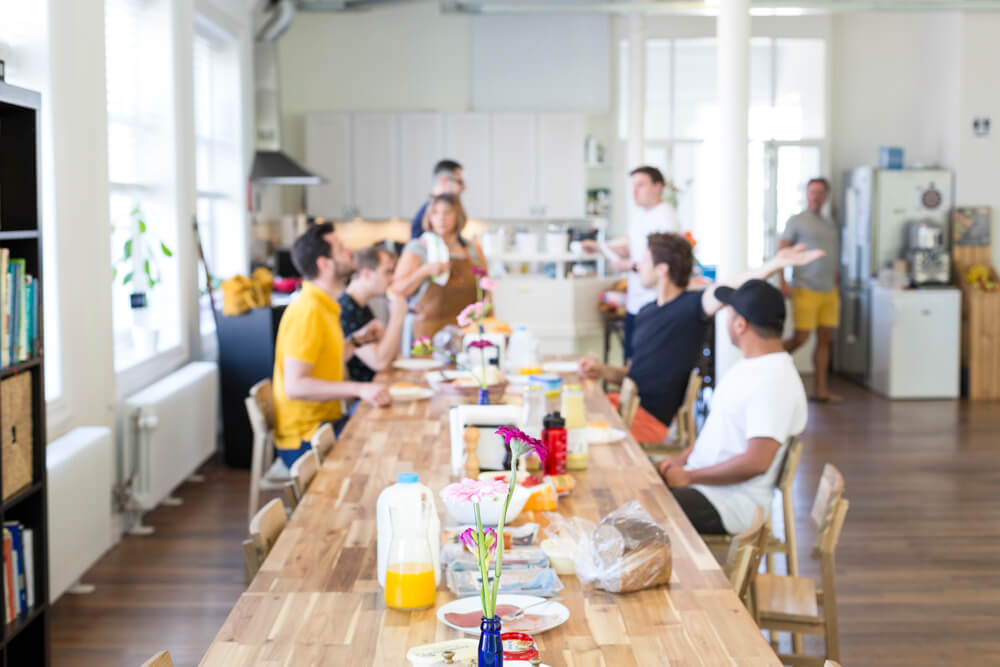 What can you expect from a job with us? As a backender at Code you will mainly work on apps for Shopify, a popular eCommerce platform that by now has a firm foot on the ground in Europe. Ultimately, at Code we want to move towards a fifty-fifty division: 50% custom apps and connectors for clients, and 50% public apps for the Shopify app store.

To do that we use a range of avantgarde tools – inasmuch tools can be avantgarde in the fast world of software engineering. Code backenders Patrick Watzeels and Martin van Dam sum up: “We work with a microservices architecture, in Google Cloud Platform. That’s where we host our apps as well. Google Cloud Platform is SaaS, so we don’t have to worry about maintenance and such. To build apps we use Laravel Lumen, the lightweight little brother of Laravel, fully optimized for microservices. Our apps are container-based, so to manage and scale them we use the tools available in Kubernetes. Which is itself one of the tools within Google Cloud Platform. And to give our apps the same look & feel as the Shopify environment we use Shopify Polaris: it has all the design patterns used for Shopify.”

Martin adds: “You don’t see that combination of Laravel and Kubernetes often, even though it’s quite revolutionary. In the past you needed a network manager (or two) to scale well, which was so expensive that only the big guys could do it. Now it’s in the cloud, accessible for application developers like us, which enables us to compete in terms of price.” 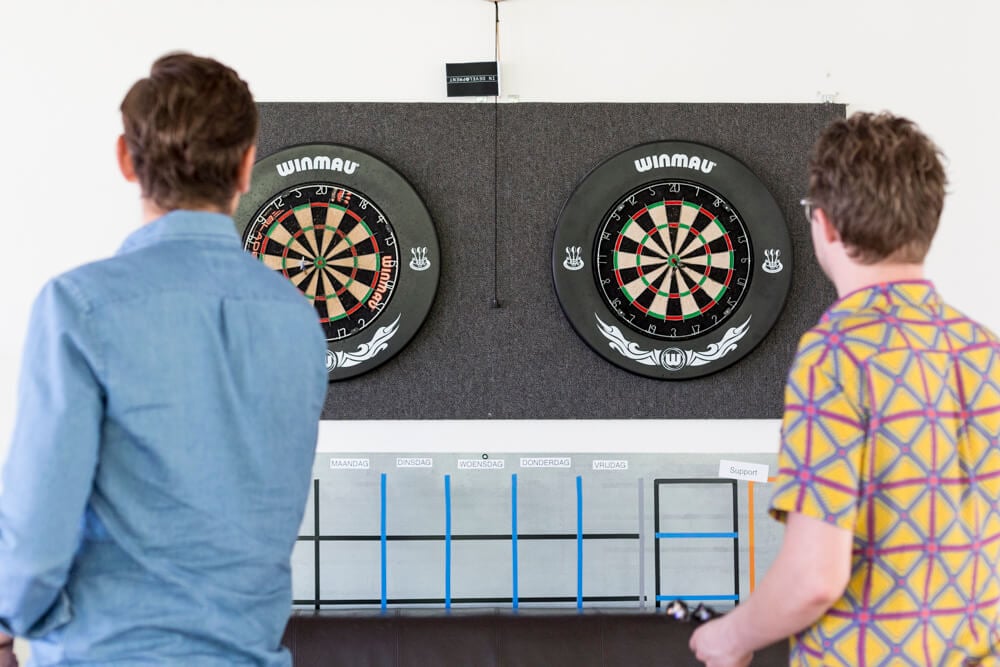 For backend developers, building with Shopify is a chance to work with the latest technology. “Shopify apps can get busy, so they have to be able to cope with that,” Martin explains. “Scalability is important. There are two ways to go about scaling an app: vertically, by giving a pod more power, or horizontally, by adding more pods. We use a combination which we control ourselves, through Google Cloud Platform and Kubernetes and Docker.” It appears Shopify works in the same way. “The other day I saw an error warning that looked very familiar to me! Recently the Shopify Engineering blog also had a post about their switch to Google Cloud Platform.”

Shopify makes developers’ lives extra easy by opening up the whole engine to them. Patrick: “They have a number of API’s that we can ‘talk’ with, and they are well documented. Hence everything they can do we can do, too. Still, they tend to look at things with a B2C bias, so we frequently build B2B extensions for clients. To name an example: we’re currently working on a connector between Shopify and NuOrder, a B2B platform.”

the hardest thing to do: Simple programming

Oh yes, before we forget, there’s one other thing! If you happen to have the ability to program so tightly that you can explain in one sentence: this does that, then you can start immediately as far as we’re concerned. At CODE we love simple code. Every student can build something complex. If you can’t explain it in one sentence, it’s too complicated. As the late Johan Cruyff already remarked: “Playing soccer is very simple, but simple soccer is the hardest thing to do.”

Wouter: “Half the time we’re busy thinking through process architecture. How can you make it efficient, elegant, robust? If you’ve got a clear mental picture of the process, you’re much better equipped to document your microservices and hand them over to a colleague for instance, in case you ever want to leave for the Bahamas for three weeks. You should be able to explain it to us so comprehensively that we don’t have to call you out of your hammock.”

Why you would want to work at Code

In short, we’re looking for social nerds who love to work with new techniques (microservices experience is nice, but not required) and who can make things simple. What do you get in return? The same things our frontenders already mentioned in a previous blog post: happy clients, a relaxed working atmosphere, an office where it’s easy to consult a colleague or have a look at his screen, male as well as female coworkers (quite nice, right?), and even when it’s busy you’re free to go on vacation. And you’re practically always home before dinner. We hardly ever work overtime, because Shopify hardly ever crashes.

Your first task will most likely be that Shopify-NuOrder connector we mentioned. We can tell you more about that shortly. Even earlier when there’s a few extra hands available. So read the official vacancy, call, mail, or stop by if you’re in the neighbourhood! We can’t wait ;)

Do you want to work at Code? 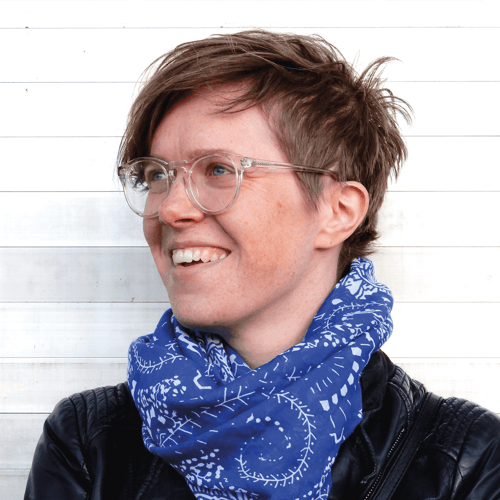 Why you want to work at Code: lots of challenge and a relaxed atmosphere 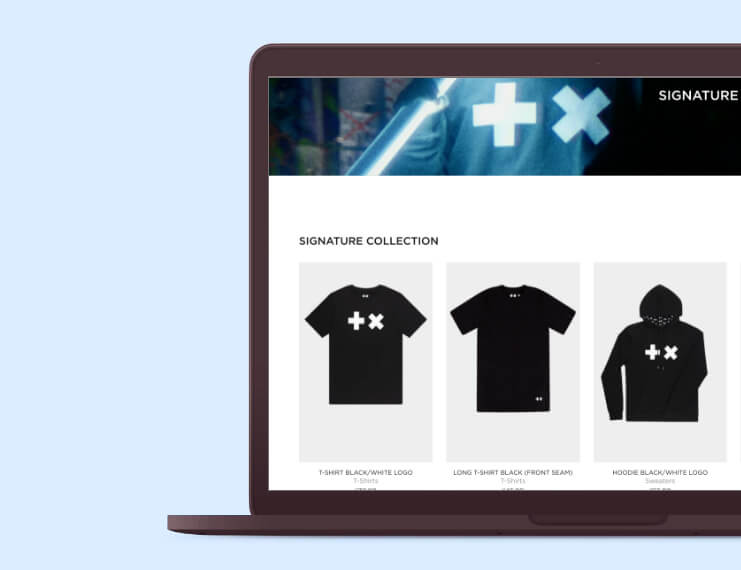 From software lock-in to Shopify: the URBANARA case

Why you should consider becoming a Frontend developer at Code!

In 3,5 weeks from Magento to Shopify: the Veloretti case