Some tenacious myths about Shopify... Busted! by Linda Bleijenberg

Shopify has seen tremendous growth in the past decade. As a result, the internet sometimes can’t keep up with the current state of affairs and keeps repeating some hopelessly outdated bits of information about what Shopify supposedly cannot do.These 4 myths about Shopify were true once... but only for a short period of time. Thing is, the world of e-commerce never sits still, and neither does Shopify. 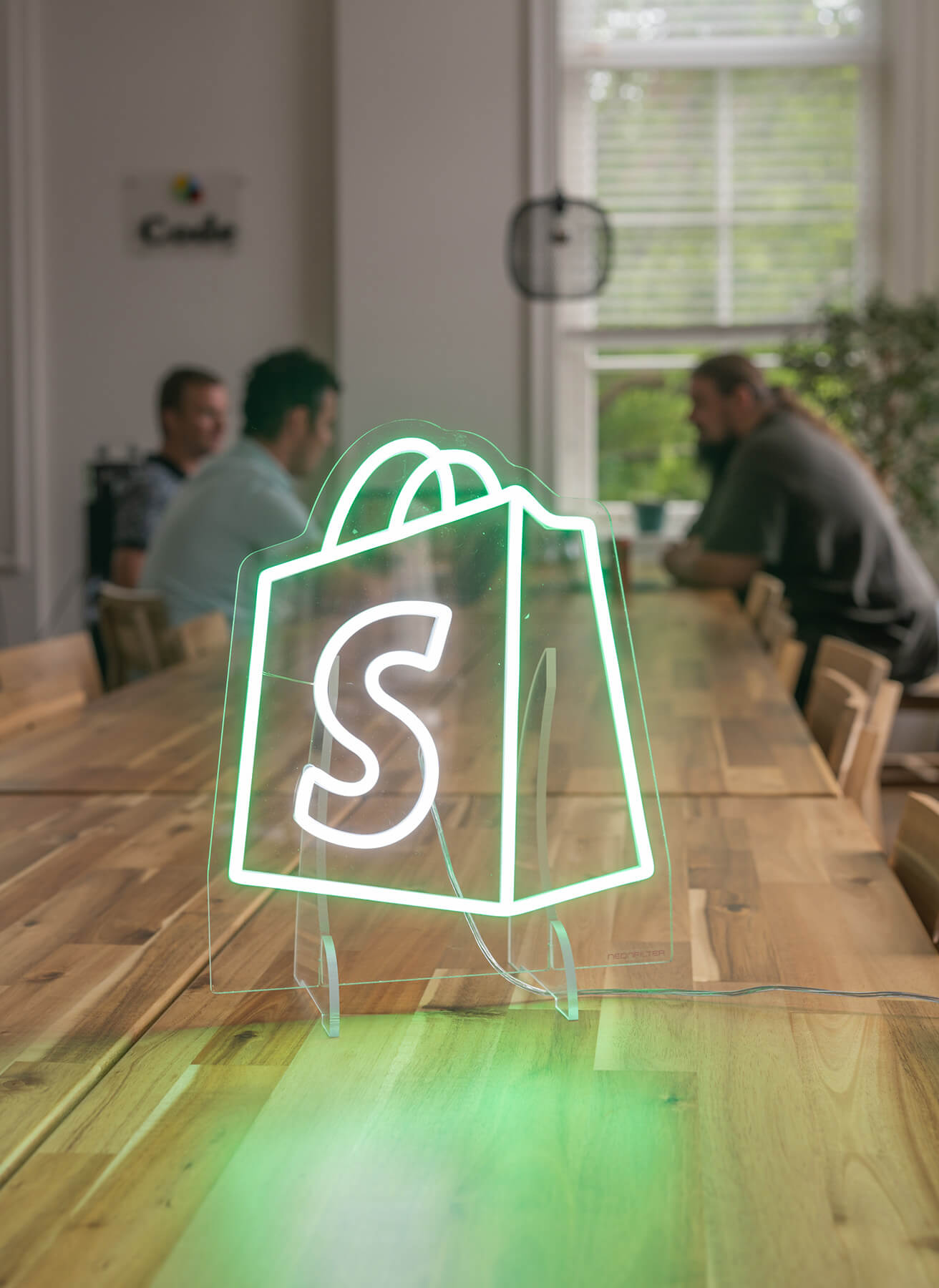 In this blog we’ll discuss four of the most tenacious myths you might have heard about Shopify.

You only have to take one look at our international clients (and those of other Shopify agencies) to see this is a myth. If you want to sell in many different countries, Shopify has no trouble whatsoever to make it happen and even offers you a range of options to choose from.

But the way Shopify approaches it might differ from other platforms. Open source platforms in particular tend to solve everything within a single dashboard: you will have your main store, and a lot of plugins and extensions to translate the main store into other languages and adapt the website to visitors from various countries.

The more countries you sell in, the more complex this single store becomes - since you will have to keep adding new languages and new payment methods, connecting new carriers and new warehouses. And this is only the tip of the iceberg. When selling internationally you will want to offer your customers a localised shopping experience instead of merely a translated one. This adds yet another layer of complexity to your already bloated superstore.

In contrast to this single-store approach, Shopify Plus is optimised for a multistore setup. This means we encourage you to build one store per key country, so that you will have complete flexibility in optimising that store for the particular country it’s aimed at.

Our most successful, fastest-growing clients all use this setup. What is more, they take the long view when expanding. Instead of opening a lot of stores for a lot of countries all at once, they open one or two new stores in one or two potential key countries per year - and take the time to really localise it for that specific country.

→ Want to know more about localisation and a multistore setup? We wrote an in-depth blog about it: read it here!

With the arrival of Shopify Markets, the option to set up a single, multi-language and multi-currency store in Shopify has again become a bit easier. Shopify Markets might be a better solution overall than a multistore set-up - but for most brands, using it comes with the same problems we described above: you will have a translated website instead of a localised one. And ultimately, that is going to cost you revenue. At Code, we often recommend combining Markets with a multistore set-up: manage separate storefronts for the focus- countries so you can localize content and have full control. Use markets to test new countries and regions before you decide which countries are profitable enough to get their own storefront.

2. “Shopify is too cookie-cutter, you can’t customise anything”

You might have heard this one from a Magento sales-rep and to a certain extent, he or she is right.

For small business merchants with limited budgets, running their online store on the most basic Shopify subscription, there is little room to go wild customising their standard theme. As a result, their storefronts have a certain recognizable ‘Shopify-look’.

Higher up in the food chain, though, where the budgets are a bit more forgiving and brands can afford to collaborate with agencies like Code to get creative, things get infinitely more diverse. At Code, we get a kick out of pushing the limits of Shopify ever further, both in terms of design and technology.

To give you an idea of the sheer variety in design possibilities, check out the range of storefronts below: does that look cookie-cutter to you?

Well, let’s just say that we have this one client, the Dutch cheese slicer king BOSKA, who has been running a combination of a B2B and B2C webshop since 2017 now, on Shopify Plus. They sell internationally, too. Never heard them complain. Since then we helped more clients to a B2B webshop and integrated their shops with various ERP systems: same story.

At Code we see B2B webshops as not very different from B2C stores. You just enable customer-specific pricing, add a secured login screen for your customers and Bob’s your uncle. In Shopify Plus you can easily use one of your 9 extra storefronts to set up a B2B channel, with all the specific functionality you need to sell wholesale: pricing without VAT, Minimum Order Quantity, repeat orders, reverse charged VAT, and agent accounts (with our very own Identity Switcher app).

In Summer 2022 Shopify launched new exciting B2B functionalities, like the option to run your B2C and B2B from one Shopify store. As always, Shopify is constantly evolving, so don't let old myths hold you back from choosing Shopify.

For us, the real fun starts when you ask us to connect your B2B storefront to the rest of your tech stack, like your ERP, PIM, WMS, or any other systems you’re using. If you throw in some nice challenges, like integrating your Shopify store to your fulfillment partner, we’ll welcome you with open arms!

4. “Shopify is not suited to enterprise-level businesses”

Again, this assumption is simply not backed up by reality. Big international brands like Gymshark, AllBirds, FitBit, Polaroid, Unilever, Heineken, O’Neill and Penguin Books are on Shopify Plus, Shopify’s enterprise version. They wouldn’t be if Shopify wasn’t fit for big international e-commerce.

When we look at our own client base, most of them are doing between 1 and 30 million revenue a year, and a few of them are heading towards 100 million. Their businesses are complex, with multiple sales channels in multiple countries, and their Shopify Plus storefronts are part of a high-functioning, well-considered infrastructure.

The key to their success, apart from their SaaS platform, is often the way their systems are integrated with each other. This is what we love to do for our clients at Code: connecting all the bits and pieces together into one smoothly running, revenue-producing machine.

Curious what to expect from a migration to Shopify? 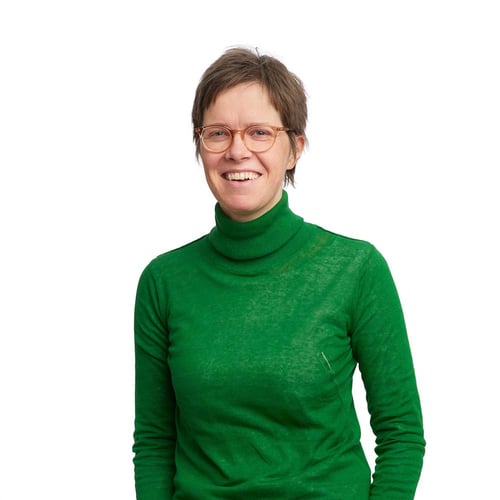 What to expect from a migration project 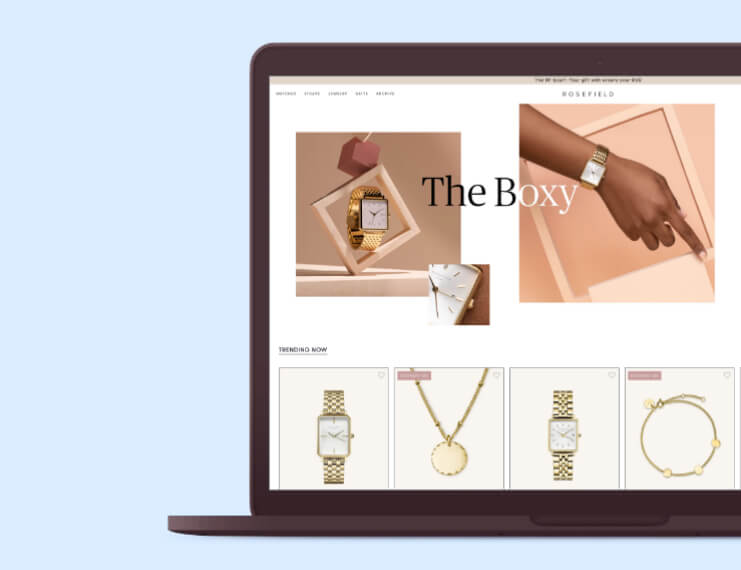